Why is EMC protection important?

Nowadays it is difficult to find or realize a product or an industrial plant without modern cabling technology. Everywhere, people are talking about Industry 4.0, Big Data, and fully automated processes.

Parts of these processes are then managed or controlled by frequency converters, transformers, electrical switches, and communication devices.

However, such switching processes always involve the risk of malfunctions. It requires precision and the selection of the right components to keep the machine running smoothly.

The goal is to ensure that all processes function smoothly and without error. After all, what is at best merely disturbing as interference on the radio can under certain circumstances have far more dramatic consequences as a system failure in the context of medical technology.

This is the reason why ever greater safety against electromagnetic interference is required in industrial environments. The so-called electromagnetic compatibility (EMC).

How does EMC work?

An electromagnetic disturbance always originates from a source of interference. This can be a piece of equipment that carries a large current, such as a frequency-controlled motor or a cable.

The interference source is opposed by a disturbing piece of equipment, the so-called interference receptor. The receptor can be, for example, a sensor or a data cable.

The coupling mechanism between causes the interference. This is differentiated into four different coupling types:

In practice, it is usually a mixture of these 4 coupling mechanisms, which must be eliminated, for example by using shielded cables.

What is the EMC Directive?

In the EMC Directive 2014/30/EU, Article 3, electromagnetic compatibility is defined as:

According to this definition, EMC has two main aspects:

How is EMC protection measured?

Coupling impedance and shielding effectiveness cannot be calculated. This means that the values can only be determined by measurements. The triaxial shielding measurement defined in the EN 50289-1-6 standard is used to determine the values.

What does the EMC law mean for cables and connectors?

Among other things, LAPP offers you cables and connectors. According to the definition of the law for electromagnetic compatibility of equipment, these are "components without direct function". These components do not fall under the EMC Directive 2014/30/EU and therefore do not receive a CE marking regarding the EMC Directive.

The CE markings that you will nevertheless find on LAPP products refer, among other things, to proof of CE conformity following the Low Voltage Directive, RoHS and CPR CE.

Normative requirements for EMC protection for cables and connectors

Cables and connectors are therefore mentioned only slightly in the EMC Directive. Therefore, for these components special and primarily normative EMC requirements often apply, such as the design standard DIN EN 50525-2-51:2012.

This standard requires proof of compliance with a minimum efficiency of the copper screen for the shielded design of cables. This efficiency is mapped via the coupling impedance mentioned above.

Normatively, the shielded versions are designated with the identifier H05VVC4V5-K. You will find the following cables in the Lapp product portfolio:

TIP: In the article search, you will also find all shielded cable versions with the standard designation "H05VVC4V5-K".

When should shielded cables be used?

Wherever electric motors, switches and cables are used for power transmission, they cause electromagnetic interference. EMI can have a negative influence on data cables, sensors, and similar equipment.

Conversely, this means that in all these interference-prone areas you should rely on power and control cables or also on data cables with electromagnetic protection through shielding.

How are shielded power and control cables constructed?

In principle, there are four different types of shielding for power and control cables. Three of these shielding types are particularly suitable for use with EMC protection:

How are shielded data cables constructed? 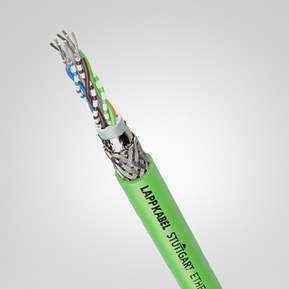 Figure 5 Example of a network cable with EMC shielding.

In principle, the same types of shielding are used for data cables as for power and control cables, although different abbreviations are commonly used in the product designations for data cables with EMC protection:

Also, there are two special features for data cables concerning their shielding type for EMC protection:

For example, the ETHERLINE Cat 6a H 4x2xAWG22/1 SF/UTP cable is broken down as follows: ScreenedFoiled/UnscreenedTwistedPair. This network cable has an overall shielding(screened/foiled) consisting of a copper braid and a foil shield (aluminium-plastic foil). The single pairs have no individual pair screening (unscreened twisted pair).

How can cables be connected in an EMC-compliant manner?

Did you know that shielding does not affect if it is not grounded? The electrical resistance between shield and ground potential must be as low as possible. This requires the largest possible contact area. A shielding braid that is twisted into a "pigtail" and is only fixed at one point in the connector housing by a few fine wires generates a high impedance over a short distance in the worst case. This type of grounding is therefore less suitable.

Rather, at the transition from the cable gland to the connector, the shield should be in contact all around and without gaps. Only then can the connector housing act as a Faraday cage and reliably keep out interference signals from outside. It is also important that this optimal shield contact takes place at both ends of the cable and is connected to the ground potential.

Our LAPP cable glands, such as the SKINDICHT® SHVE-M provide you with a low-resistance 360-degree shield contact including strain relief and thus a high degree of protection as a grounding cable gland. With their properties, SKINDICHT® cable glands are particularly suitable in environments with strong vibrations.

For flexible cable diameters, cable glands of the SKINTOP® series are more suitable. These are characterized by the quick and easy assembly as well as a large clamping range. With the SKINTOP® MS-SC-M, the flexible EMC contact spring establishes a highly conductive, low-impedance contact to its cable shield.

For maximum assembly freedom, the SKINTOP® BRUSH cable gland is suitable with thousands of annularly arranged brush hairs. The large, variable clamping range makes assembly, disassembly, and allocation easier and faster. In a single operation, the cable is centered, fixed, strain relieved, and hermetically sealed. Currents induced by external interference signals are efficiently dissipated via the highly conductive and 360-degree circumferential brush shielding. This is especially important for the transmission of sensitive signals. And no matter how you twist and bend the connector and cable, the contact area between the cable's shielding braid and the cable gland's brush insert remains as good as ever.

If you install your cable through painted or powder-coated housings, the SKINDICHT® SM-PE-M with its cutting edges offers you optimum ground contact by cutting through the insulating layer of the housing during screwing.

Why are connectors important for EMC protection?

Every system is only as good as its weakest point. LAPP connector systems have the advantage that all types of the above-mentioned shield connection concepts are used. Very often EMC cable glands are already integrated into the connector, offer the possibility to connect a protective conduit, and allow the contacting of the cable shield with the working or PE contact of the connector system.

The standard housing is powder coated with a non-conductive seal between the housing parts, isolating them from each other. EPIC® EMC connectors provide you with 360-degree shielding and a vibration-proof shield connection. The EMC connectors can be recognized by their metallic conductive, mostly nickel-plated surface. The seals are designed in such a way that the two housing parts, which are pressed or screwed onto each other, make low-resistance metal-to-metal contact. The same principle applies to the cable gland as well as to the mounting wall.

Rectangular connectors have an integrated BRUSH gland. The EPIC® ULTRA H-A3 and the EPIC® Ultra H-B6-24 are therefore easy to assemble and designed for a large cable clamping range with shielded cables.

If, on the other hand, you need a space-saving design, for example for use in servo drives, actuators and sensors, we recommend the POWER and SIGNAL circular connectors from LAPP. These are equipped with a specially matched EMC cable gland for servo and data cables. 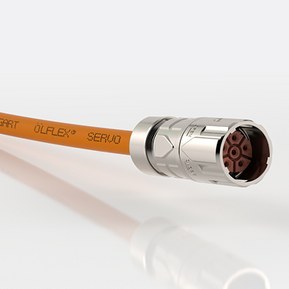 How can unshielded cables be subsequently EMC shielded?

If the replacement of an unshielded cable in the system is not possible for various reasons or if cables only have to be shielded electromagnetically compatible in partial sections of the system, the cables can be equipped with separately available copper braids or wrapped with the 3M Scotch 1183 screening tape in addition to the LAPP protective conduits. For these systems, LAPP offers you the SHIELD-KON®, a two-part screen connector for connecting a copper braid to a housing wall or a connection contact for looping through the cable shield.

How can an EMC protection be additionally improved?

For an optimum shielding effect, cables can be provided with a double shield or laid in a copper or steel tube. From an EMC point of view, these shieldings are completely tight. For this purpose, LAPP SILVYN® offers you optimum EMC protection. The EMC AS-CU protective conduit from the SILVYN® product brand is a metal protective conduit with copper braiding and is therefore suitable for particularly harsh environments with high electromagnetic requirements. With the SILVYN® MSK-M BRUSH conduit gland with EMC protection and integrated strain relief, you complete your EMC shielded system.

Are there pre-assembled power, control and data cables with EMC shielding?

Poor EMC is often the cause of assembly errors. In industry, it has long been common practice to purchase cables and connectors separately and only connect them when they are installed in the machine or production plant - the expert refers to this as an assembly.

Greater flexibility is offset by several disadvantages: The quality of workmanship often leaves much to be desired, for example, because the technician cuts too deep and damages the conductor insulation, or only connects the shielding to the connector housing at certain points and thus provokes EMC problems.

Therefore, the trend is towards ready-assembled cables, which we at LAPP sell under the name ÖLFLEX® CONNECT. Cable and connector are already connected ex-works, customers even receive drag chains completely equipped with cables and conduits, and LAPP also takes care of the engineering. The customer is thus guaranteed to always receive the optimum quality from a single source, and he can also concentrate on his actual work, namely building the machine.